Basic Education Minister Angie Motshekga has announced an 80.1 percent matric pass rate for the class of 2022. This is the second highest since 2019.

KwaZulu-Natal and Gauteng contributed the most passes that qualify to study further at university.

The minister commended the matriculants for their resilience.

A total of 580,555 candidates passed the matric exams.

The Free State is the leading province with a pass rate of 88.5 eprcent.

KwaZulu-Natal is the most improved province with a pass rate increase of 6.2 percent from 2021.

A staggering 98.42 percent pass rate. That’s what matriculants from private schools are celebrating.

Of the pupils who passed, 89.32 percent received entry to study for a degree. Two schools in Johannesburg are beaming after scoring a perfect hundred percent pass rate.

Pupils from both King David and Saheti schools earned over 200 distinctions between them. How Do I Calculate My APS?

The table below shows how to calculate the APS for each of your subjects.

South Africans can qualify for three different passes – a Bachelor’s pass, a Diploma pass, and a Certificate pass.

A bachelor’s pass means you can apply for a degree course at a university or university of technology and can study for a higher certificate, diploma or bachelor’s degree.

To achieve a bachelor’s pass, you must:

It should be noted that even if a student has achieved a bachelor’s pass, they do not automatically qualify for a university position.

With this pass, you can enrol for a bridging course at a Technical Vocational Education and Training (TVET) college or a diploma course at a university of technology.

To receive a diploma pass, a student must:

This gives learners access to different levels of tertiary education and doesn’t rely on one pass mark across the board.

This data is established based on the 897163 candidates, a growth of 23.6% from 2020, who sat for their matric last year. This is the biggest cohort in history.

The matric pass rate per province in South Africa for the 2020 academic year as follows:

It is important to note that the matriculation exams for 2020 were disrupted by COVID-19 pandemic, which resulted in a change of the examination format and the results were calculated differently.

The pass rate for each province for 2021 as follows: 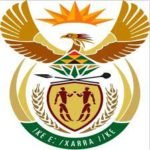 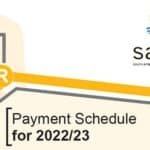 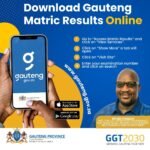