Job Vacancies at Kongwa District Council. Kongwa District Council is one of the seven (7) districts of Dodoma region, established in 1996 under the Local Government Act of 1982 section no. 8 naNa. 9. The district covers an area of ​​4,041 square kilometers where the area suitable for agriculture and animal husbandry is 363,690 hectares. The district is bordered by Chamwino District to the West; Gairo District (Morogoro Region), East; Mpwapwa District in the South and in the North there is Kiteto District (Manyara Region).

According to the 2012 Population and Housing Census the District has a population increase of 2.4 percent; Thus in 2015 Kongwa district is estimated to have a total population of 332,831 people of which 160,225 are males and 172,606 females. In addition, the current number of households is 61,994. Households engaged in agricultural and pastoral activities are 55,573 equivalent to 90%.

The inhabitants of this District are Gogos, Guru, and Colors. There are also other tribes that migrated from different parts of Tanzania such as the Bena, Wanguu, Wakamba and Maasai who came for agricultural and livestock activities.

The main economic activities carried out by the residents of Kongwa District are animal husbandry (cattle, goats, sheep, and donkeys). Donkeys are mainly used in the transportation of crops. Also farming activities for food crops and trade such as maize, sorghum, millet, peanuts and sunflowers. 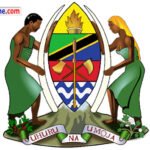