Wizara ya Mambo ya nje Scholarships Opportunity at Hebrew University of Jerusalem. The history of Ministry of Foreign Affairs and East African Cooperation dates back soon after independence in 1961. Up to December 1963, it was a department under Prime Minister’s Office. In 1964 it became a fully fledged Ministry under the name of Ministry of External Affairs.

For four decades since the sixties, the Ministry’s operations were guided by Presidential Circular No. 2 of 1964. The Circular specified Foreign Policy priorities that evolved around racial equality, collective self-reliance, world at peace, on the basis of the socio-economic realities of sixties and seventies. For instance, the challenges of colonial domination and neo-colonialism, the super power rivalry, unfavorable economic situation of developing countries, and the fragility of statehood in Africa – all demanded such response. The policy served Tanzania well over the years. 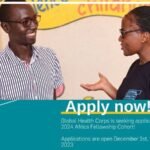