The Simba sport Club have trained tonight at Benjamin Mkapa Stadium to prepare for the final African Confederation Cup group stage match against the US Gandarmerie to be played on Sunday.

The squad has been training for the time being due to the game which will be played at 4pm so the Confederation of African Football (CAF) regulations require the teams to have one last practice during the scheduled match. All the players except Hassan Dilunga who is injured have been training and everyone is ready for Sunday’s game.

The morale of the players is high and everyone is aware of the importance of the game and is ready to fight for the team to ensure we win and reach the quarter-finals.

Head Coach Pablo Franco has made it clear that fans have a huge contribution to make to a team especially in the African club championships.

Pablo said our fans are contributing significantly to the victory achieved especially in this Confederations Cup in Africa.

Recognizing this importance, Pablo has asked fans to turn out in large numbers on Sunday in the game against the US Gandarmerie which we consider to be the final.

“Fans have been especially hot on this African Confederation Cup. Their contribution is especially great in home matches.

“The fans are the key people to the team’s victory, let me ask them to come out in large numbers on Sunday and I believe we will win,” said Pablo. 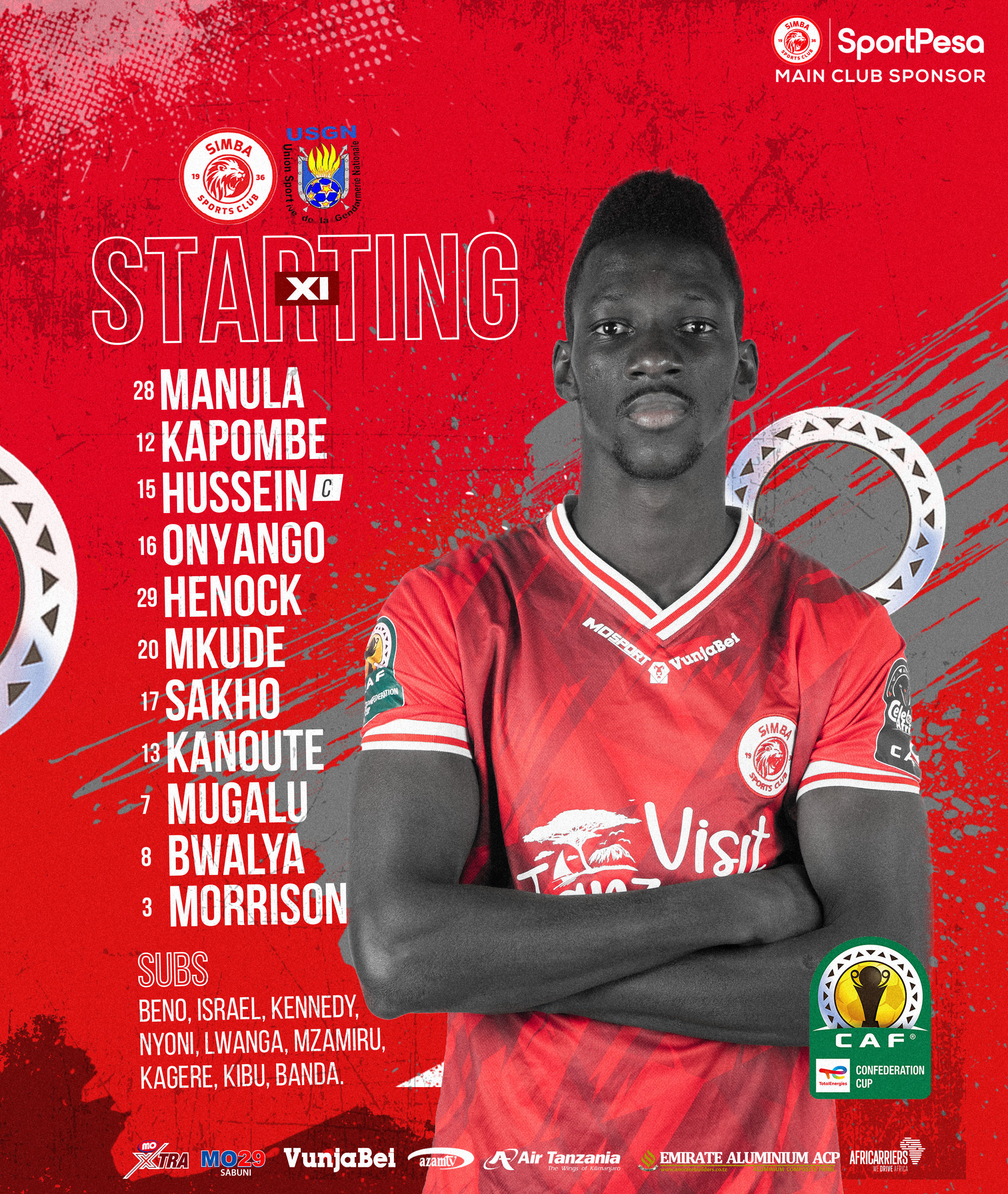 Simba is one of the two biggest clubs in Tanzania, alongside cross-city rivals Young Africans. Simba SC have won 21 league titles and five domestic cups, and have participated in the CAF Champions League multiple times. They are also one of the biggest clubs in East Africa, having won the CECAFA Club Championship six times.

Nicknamed “Wekundu wa Msimbazi” (The Reds of Msimbazi), Simba play their home games at the Benjamin Mkapu Stadium. In 2022, Simba were the fastest growing Instagram account among football clubs, with 3 million followers and a growth of 89% from the previous year.

Tanzania National Main Stadium also known as Mkapa Stadium is a multi-purpose stadium in Dar es Salaam, Tanzania. It opened in 2007 and was built adjacent to Uhuru Stadium, the former national stadium. It hosts major football matches such as the Tanzanian Premier League and home matches of the Tanzania national football team.

With 60,000 seats it is the eleventh largest stadium in Africa and the largest stadium in Tanzania. It is owned by the Tanzanian Government. The stadium was built by Beijing Construction Engineering Group at a cost of $56 million.

A capacity crowd attended the first derby between Simba S.C. and Young Africans S.C. at the stadium in Dar es-Salaam 2008.Both clubs mostly draw low attendances for their other league matches.