How to Apply for Jobs Using Sayouth Mobi Site for South…

Questionnaire completion is quick and easy, and an average household of 4 should be able to complete the questionnaire within 30 minutes. Once the questionnaire is completed, households will get a reference number which they should keep in a safe place for when they are visited by a census fieldworker, or during the Post-Enumeration Survey, which is a quality check for the census project.

Data collection challenges, particularly in the Western Cape and KwaZulu-Natal, which was heavily impacted by the recent extreme weather conditions, led to the decision to extend the census mop-up period to the end of April. All provinces will be able to take advantage of the extended period to ensure that they count as many households as possible.

Stats SA is calling on all households to ensure that they get counted in the 2022 Census, either online or by a fieldworker. “The country’s socio-economic dynamics have changed a lot since the last census was conducted in 2011. Government and business need accurate information in order to plan, and the census is the only source of population and housing data at a local level. The more people who participate, the more accurate the data,” said Project Director Calvin Molongoana. “It is critical that every household participates in the census, and makes sure that they get counted”.

Project Director for Census Western Cape, Patrick Kelly, warned that households should not attempt to use the fact that online completion has reopened as an excuse for not completing the questionnaire with a fieldworker. “Due to the short timeframe left to complete the census data collection process, fieldworkers have been instructed to count any household that is not able to produce proof that they have been counted online or telephonically as they come across them. Households who do not cooperate will be registered as having refused to participate, and the appropriate legal steps will be taken.”

Stats SA is appealing to all who live within the borders of South Africa, irrespective of their status, to do the right thing and be counted. The Statistics Act (Act 6 of 1999) and the Protection of Personal Information Act (Act 4 of 2013) complement each other in ensuring that all data collected by Statistics SA remains confidential. Data on an individual cannot be shared with any other agency; any data released by Stats SA is aggregated and confidentialised to ensure anonymity. 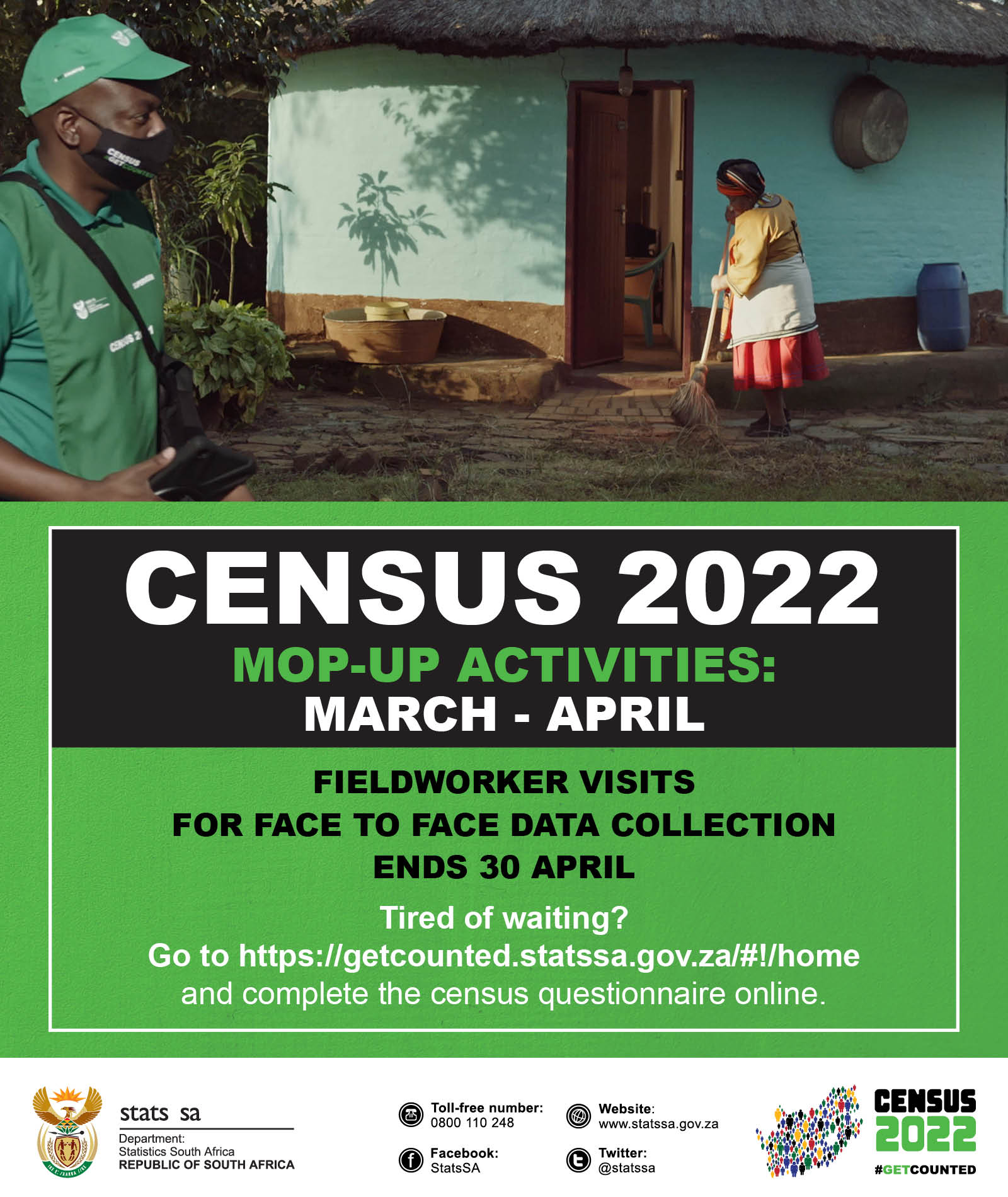