Names called for Interview at Open University of Tanzania (OUT). The Open University of Tanzania (OUT) is a fully fledged, autonomous and accredited public University, established by an Act of Parliament Number 17 of 1992. The Act became operational on 1st March 1993 by the publication of Government Notice No. 55 in the Official Gazette. The first Chancellor was officially installed in a full ceremony on 19th January 1994 and the first batch of students was admitted in January 1994. In January 2007, following enactment of the Universities Act No. 7 of 2005, OUT started using the OUT Charter and Rules (2007) for its operations.

The invited applicants are required to bring with them original certificates of education from Secondary Education to highest academic qualification including academic transcript and birth certificate.
All candidates who will pass written Interview will be informed on the same day to attend oral Interview on the next day of 16th -17th August 2022. 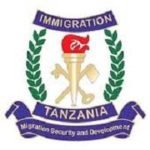