NCAA is also recognizedas a part of Serengeti-Ngorongoro Biosphere Reserve, under UNESCO’s Man and the Biosphere Program since 1981. NCAA is the most successful multiple land-use area managed in the world, where indigenous people (estimated at 87,000) are, so far, living harmoniously with wildlife.

NCAA contains the spectacular Ngorongoro Crater (250 km2), which is the world’s largest unbroken caldera. It also contains the Oldupai Gorge, one of the world’s most important pre-historic sites, where anthropologists Louis and Mary Leakey made many of their greatest discoveries. The conservation area also includes Empakai and Olmoti craters, and the highland forests, which form an important water-catchment for surrounding
agricultural communities.

NCAA therefore is charged with the responsibility to manage NCAA and ensure that natural and cultural heritage resources are fully protected, interests of the local people living in NCAA are promoted and tourisms is developed in a sustainable manner to service the economy of NCAA. 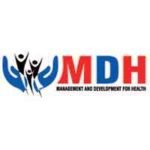 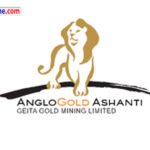