Tanga is both the name of the most northerly port city of Tanzania on the west of the Indian Ocean, and the surrounding Tanga Region. It is the regional headquarters of the region. With a population of 273,332 in 2012, Tanga is one of the largest cities in the country. It is a quiet city compared to, for example, Arusha or Moshi with a comparable number of inhabitants.

The city of Tanga sits on the Indian Ocean, near the border with Kenya. Major exports from the port of Tanga include sisal, coffee, tea, and cotton. Tanga is also an important railroad terminus, connecting much of the northern Tanzanian interior with the sea. Via the Tanzania Railways Corporation’s Link Line and Central Line, Tanga is linked to the African Great Lakes region and the Tanzanian economic capital of Dar es Salaam. The city is served by Tanga Airport.

The harbour and surrounding is the centre of life in Tanga. It has several markets in several neighbourhoods. 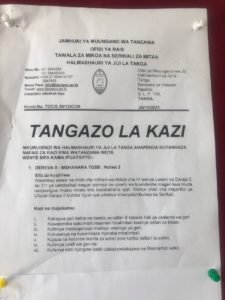 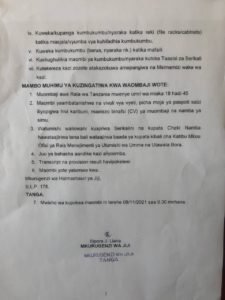