An African Super League is officially announced on Wednesday by Confederation of African Football (CAF) president Patrice Motsepe with the promise of $100 million in prize money for clubs across the continent.

The project has been in the pipeline since it was first suggested by FIFA president Gianni Infantino in early 2020 and has been met with almost none of the derision and outrage that followed a similar attempt in Europe last year.

FIFA president Gianno Infantino launched the African Super League during his visit to DR Congo to celebrate TP Mazembe’s 80th anniversary. However, the tournament has come to stay as it will be launched by the Confederation of African Football in Tanzania.

Motsepe has promised sponsorship and revenue returns unheard of for African football, where the annual Champions League winner earns $2.5m in prize money.

He has claimed, at several previous news conferences, that the Super League will allow clubs to pay top talent wages to match those in Europe and therefore allow African teams to keep their best players.

How many teams are participating in the African Super League?

CAF super league teams to participate. Almost 24 clubs will be drawn into three groups of eight teams ahead of a knockout starting from the Round of 16. Also, the participating clubs would be obliged to meet specific criteria with respect to youth and women’s football development in order to stay in.

Participants will be taken from the best-ranked African clubs over the past few years, with groups to be played on a regional basis (North, Central/West, South/East).

CAF super league teams to participate. After a meeting held with 40 clubs during the latest Africa Cup of Nations, CAF president Patrice Motsepe announced that the first edition of the African Super League will take place in 2023.

The idea behind the tournament is to increase competition within the continent and create more income for the participating clubs. Additionally, if a team wishes to play in the newly-formed tournament, they will need an academy and a women’s team.

In a statement made by CAF today, Motesepe announced the approval of the competition, while also confirming the prize pool and start date.

The format of the tournament yet or how the teams for the Super League will be selected is yet to be revealed by the CAF. 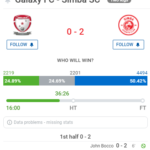 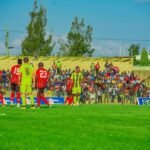