Majina ya wagombea urais kenya 2022. The main candidates for the presidential election in Kenya have joined other citizens of the East African nation to vote and exercise their democratic right. The voter opinion poll predicted a tight contest between Odinga and Ruto. More than 22 million voters have registered to take part in Tuesday’s election that will end the administration of President Uhuru Kenyatta, with 40 percent under the age of 35.

Towards the general election, the Independent Electoral and Boundaries Commission, IEBC announced the postponement of the Mombasa and Kakamega governorship elections, due to alleged errors in the voting papers. Another canceled election is that of Kacheliba and South Pokot parliamentary seats.

The issue of the rising cost of living, rampant corruption are among the issues that will push the voters. The official results of the election will be announced within one week after the election. 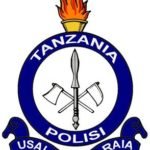