The aim of establishing ASA is to ensure high quality agricultural seeds are available to farmers at affordable price.
The key functions of the Agency include, expanding seed production and distribution networks so as to facilitate seed accessibility by farmers, promotion of increased private sector participation in the seed industry development through establishment of publicprivate partnerships or joint ventures in seed production and distribution, promotion of increased demand of certified seed by farmers and strengthening research capacities for breeding and producing varieties that address farmers’ specific demands. 83 Job Vacancies at Mbeya University of Science and Technology (MUST) 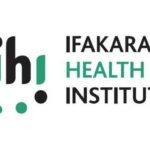