AFRIMA awards 2022 nominees. The International Executive Committee of the All Africa Music Awards (AFRIMA), in conjunction with the African Union Commission (AUC), on Wednesday September 14, released the official list of nominees for the 2022 edition.

Culled from a total of 9,067 entries submitted- the highest number ever recorded by the awards, since its inception – the AFRIMA jury selected a total of 382 nominations across 39 categories, to represent all five regions in Africa, as well as in the diaspora. Recall that the jury, composed of a 12-member panel of music experts, as well as the AUC, held a 10-day adjudication, in July, to sieve out the best of entries from the fray to make up the list.

Ommy Dimpoz top on game after meeting Ronaldo and Manchester…

Importantly, only entries within the validity period of August 20, 2021 to August 5, 2022, were considered for nomination for this year’s awards.

Ommy Dimpoz top on game after meeting Ronaldo and Manchester…

“The nominees list comprising 29 continental award categories and 10 regional award categories released for public voting on www.afrima.org. The remaining category for the “Legend Award” will be announced at the awards. Also, we brought back the “Best Soundtrack in a Movie, Series or Documentary” category, this year, due to the availability of quality entries for this year’s edition. Recall that we had to suspend it, last year, due to a shortage of quality entries.“Overall, we are very proud and confident in our work, and we would continue to intensify our efforts to ensure AFRIMA remains the ultimate recognition of African music globally in line with its vision,” Head of Culture, African Union Commission on the Jury, Angela Martins

Meanwhile, the 2022 All Africa Music Awards will now be held from the 8th to 11th December, 2022. A special announcement will be made on the host country and location for the awards, on Wednesday, 28th September, 2022.

The AFRIMA awards ceremony will feature a 4-day fiesta of music, glitz, and glamour aimed at celebrating Africa, recognising talents and expanding the economic frontiers of the culture and  creative industry on the continent. The event is scheduled to commence with the welcome soiree, followed by the AFRIMA Music Village, the host city tour, Africa Music Business Summit, and the exclusive nominees’ party and concluded with the live awards ceremony broadcast to over 84 countries around the world. 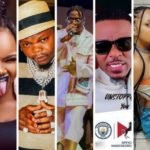 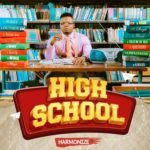 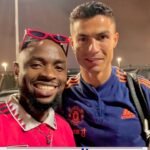