The Katavi Region has a size of 47,527 square kilometers and was officially announced on March 1, 2012 by the government’s decision to establish four new Regions which are (Katavi, Njombe, Simiyu and Geita) with the aim of moving administrative services and economy for its citizens and was officially launched on 25/11/2012 by Mr. Gharib Bilal, retired Vice President of the United Republic of Tanzania. 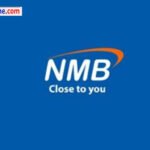