There have been various efforts by the Government to ensure that all Tanzanians and resident foreigners are provided with National Identity Cards, but these efforts could not produce the desired results for a long time due to various reasons. In 1986, the Government enacted the Identity Law, which was not implemented or formulated.
It is clear that at this time there is great importance to have National IDs according to the existing environment. The establishment of the East African Community where five countries have united and agreed that the people of those countries can visit each other without distraction has also increased the importance of having IDs. It should be noted that Tanzania is the only country in the Community that does not have National Identity Cards.

NIDA issues three types of IDs, which are citizen ID, resident alien ID, and refugee ID for those 18 years of age and older and living in the country legally. How to Buy Japanese Used cars be forward 2021 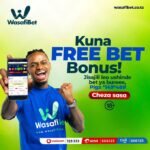