TCU University Selection 2022/2023. The Tanzania Universities Commission (TCU) wishes to inform the public and stakeholders of Higher Education in the country to be the first phase of admission to the Bachelor’s level First in Higher Education Institutions in the country for the academic year 2022/2023 it is finished. The names of those admitted in this phase are announced by the colleges relevant.

In the First Phase of admission, a total of 106,295 applicants have applied to join in 76 colleges approved for admission. In addition, a total of 757 programs have been allowed to enter compared to 724 programs in 2021/2022. As well in terms of positions, this year there are a total of 172,168 positions compared to 164,901 positions last year. This is an increase of 7,267 positions equal to 4.4 percent in Bachelor programs.

The number of those admitted in the First Phase of Admission over the years five (2018/2019 to 2022/2023) has also been increasing. Analysis of admission process for the First Phases for a period of five years
you are classified in Table No.1. Applicants admitted to more than one college are encouraged to verify their admission in one of the colleges from today 24 August to 06 September, 2022 using a special secret number sent by text message through their phone numbers or e-mails they used when applying for admission.

Those who will not receive the message in time, are advised to log in the admission systems of the colleges they were admitted to and asked to use short messages with a special secret number to be able to verify themselves in the relevant college.

Confirmation of admission should be done through the account that the applicant used at the time of apply for admission. List of names of applicants admitted to the college more than one is posted on the TCU website (www.tcu.go.tz).

The Commission announces that the Second Phase of the Bachelor’s Degree admission for The academic year 2022/2023 has officially started today on August 24 to 06 September, 2022. The Commission insists that applicants who could not send applications for admission or were not admitted in the first phase due to reasons various people should make good use of this opportunity by sending their applications for admission to colleges as they like.

The Commission directs Higher Education Institutions in the country to announce programs that still have space. In addition, applicants and colleges are encouraged to consider the admission procedure for the Second Phase as shown on admission calendar located on the TCU website (www.tcu.go.tz).

Full OPEN THE ATTCHED PDF BELOW TO READ IN SWAHILI 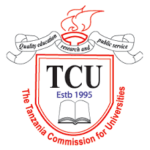 TCU Third Round Selection 2021 | multiple selection third round 202I 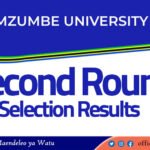 MUST selected applicants 2022/23 | Mbeya University of Science and Technology